“A long time ago in a galaxy far, far away” our destiny was generated, and whether we are the result of divine intervention, super-intelligent design, or merely the uproarious outcome of luck, we are here now sharing a mathematical model regarded as space-time. Moreover, we have managed to decipher the characteristic act of foretelling future events enclosed by this concept.

Furthermore, according to Einstein, “Human beings are a part of the whole called by us universe, a part limited in time and space. ‘They’ experience themselves, their thoughts and feeling as something separated from the rest, a kind of optical delusion of their consciousness. This delusion is a kind of prison for us, restricting us to our personal desires and to affection for a few persons nearest to us. Our task must be to free ourselves from this prison by widening our circle of compassion to embrace all living creatures and the whole of nature in its beauty.”

Perhaps our brains are constrained to perceive just a miniscule portion of such a wide conjecture, or perhaps we chose to ignore the repercussions of neglecting the fact that we are the cause of our ancestors’ decisions, and the precursors of our descendants’ way of living. Maybe we are idle souls that should suffer the consequences of our ignorance; who knows?

As a matter of fact, one of the many things that we do know is that our present will eventually (or almost instantaneously) become our future. Thus, why not treat the first as if it was the latter? For instance, shouldn’t we care for ourselves in order to enhance our chances of continuance? Shouldn’t most of us follow a set of creeds, laws, dogmas, and doctrines established to improve our chances of harmonious living? Aren’t we here for a reason?

That said, shouldn’t we seek for shelter if a storm is coming? Well, the norm is that the answer to these questions should cry survival. Nonetheless, our actions unfortunately often contradict our responsibilities. Withal, it is to say that we should finally understand as our duty to maintain optimal living conditions if we want to live optimally.

Then, why are we trying to upgrade intelligence without downgrading stupidity?

Before we go any further, please allow me to clarify my argument in the best way possible; I do not intent to offend or underestimate you, nor I want to pretend that I know the answer to any of the previous questions. Nevertheless, the following postulate intends to expand your recognition of some of the difficulties we may encounter in the near future. I intend to seduce your intellect into noticing that the implementation of fragmented designs will not benefit the constitution of a total model of reality.

Whereas we are bound to live by the rules of the many, our being is dependent on the actions of the few. More importantly, we currently survive times of chaotic uncertainties; our existence is conscious of decades of human carelessness and is probably preparing to carry out a trial in which we act as the accused. For all one knows, our indifference and ignorance have surpassed the limits of universal tolerance, and life has convoked the assistance of a higher power in order to facilitate our verdict.

Moreover, the complexity of the factors that can compose a reasonable prediction regarding our kind makes it almost impossible to favor any given supposition.

Thus, in order to simplify my postulate (and in my own judgment) below, I will enumerate and briefly explain some of the most noticeable ideas on the subject:

1. Humans can go extinct anytime soon, or not. (A constant debate regarding the development of artificial intelligence has generated a debate that is definitely worth considering.)

“With artificial intelligence we are summoning the demon. You know all those stories where there’s the guy with the pentagram and the holy water and he’s like… (wink) yeah he’s sure he can control the demon… doesn’t work out.” – Elon Musk

“Artificial intelligence will reach human levels by around 2029. Follow that out further to, say, 2045, we will have multiplied the intelligence, the human biological machine intelligence of our civilization a billion-fold.” - Ray Kurzweil

[if !supportLists]2. [endif]Humans tend to favor their egos over humanity - at the quantum level. (It is evident that most of humans, whether to fulfill their needs or surplus, naturally focus their energy on the self.)

"The great corrupter of public man is the ego.... Looking at the mirror distracts one's attention from the problem." - Dean Acheson

3. Humans are effortlessly controlled. (Whether we agree or not, control has been a significant component of our history and life path; from our youth to our death, we will inevitably encounter controlling forces.)

“Whoever controls the money controls you.” – Sharon Law Tucker

“The media's the most powerful entity on earth. They have the power to make the innocent guilty and to make the guilty innocent, and that's power. Because they control the minds of the masses.” – Malcolm X

4. Humans easily forget or ignore horrible events that do not affect their lives. (For good or bad, we are centered in our own reality and surroundings, and even though we understand that others suffer unjustly, our cognition often linear.)

“I say let the world go to hell, but I should always have my tea.” - Fyodor Dostoyevsky

5. Humans believe what they see and see what they believe in. (In contemporary societies, media is the norm, and belief is the inner product.)

“I'm a visual thinker, not a language-based thinker. My brain is like Google Images.” – Mary Temple Grandin

“As bad as we are at remembering names and phone numbers and word-for-word instructions from our colleagues, we have really exceptional visual and spatial memories. – Joshua Foer

[if !supportLists]6. [endif]Humans individualize every aspect of their surroundings. (Perception/awareness is not standard.)

“You have to be able to recognize your truths in the daylight before you can find them in the dark.”

“No one is free who has not obtained the empire of himself. No man is free who cannot command himself.” – Pythagoras

7. Humans allow others to decide over their fate. (Like it or not, our lives are mainly a product of the decisions of others. Society is the aggregate of people living together in a more or less ordered community.)

“Fate leads the willing and drags along the unwilling.” - Seneca

“Fate is nothing but the deeds committed in a prior state of existence. “ - Ralph Waldo Emerson

8. Humans often disfavor their skills if they do not please the masses. (Skills are multiple and particular. Nonetheless in today’s world we tend to follow the norm instead of embracing our innate abilities.)

“Believe in yourself! Have faith in your abilities! Without a humble but reasonable confidence in your own powers you cannot be successful or happy.” – Norman Vincent Peale

“It is possible to fly without motors, but not without knowledge and skill.” - Wilbur Wright

[if !supportLists]9. [endif]Humans fear the unknown and take what is known for granted. (In a world in need of advancements, fear obstruction and satisfaction stagnation.)

“We suffer more in imagination than in reality.” – Seneca

“What is true of the natural qualities of the soul is preeminently true of faith. So long as we are quietly at rest amid favorable and undisturbed surroundings, faith sleeps as an undeveloped sinew within us. But when we are pushed out from all these surroundings, with nothing but God to look to, then faith grows suddenly into a cable, a monarch oak, a master-principle of the life. As long as the bird lingers by the nest, it will not know the luxury of flight. As long as the trembling boy holds to the bank, or toes the bottom, he will not learn the ecstasy of battling with the ocean wave.” – F.B. Meyer

“The difference between stupidity and genius is that genius has its limits.” - Albert Einstein

“Real knowledge is to know the extent of one's ignorance.” - Confucius

11. Humans get tired & burn out. (Nature speaks for itself.)

“Burnout is a way of telling you that your form of activism was perhaps not very full circle.” – Gloria Steinem

“The tired sunsets and the tired people - it takes a lifetime to die and no time at all.” – Charles Bukowski

Ultimately, I hope I made myself clear; please understand that there is much more to discuss regarding our journey toward the future. Competing against nature, technology, or any other higher power seems as counterproductive; coexistence on the other hand, is the only way to ensure progress. Beyond everything, we depend on our ecosystem, and not the other way around. Hence, I recommend you to start imagining the world with or without you because humankind is in the verge of discovering one of these paths. But most importantly, if any of the previous comments ever makes you contemplate your essential nature, please contact me (Click here: I want to meet you). After all, I will always choose you! Though, in that sense my deepest uncertainty is: will you? 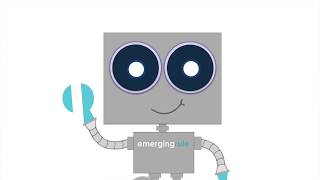 You can join the future now...

What is a Machine Learning LMS?

Dream big and read only if alive.